Is a ready to use image for your Raspberry Pi. Based on the original Raspberry Pi Foundation image "Raspbian lite". Hyperion is already pre installed. So simply

As a image is already outdated the moment you create it. We update it once a week with latest sources from the Raspberry Pi Foundation. Or upon a new Hyperion release.

In case you want to use WLAN with your Raspberry Pi, you can include the WLAN SSID and password after you burned the HyperBian-XXXX.img to your SD card for auto configuration on first boot. Open the SD card with a file explorer. It's called "boot". 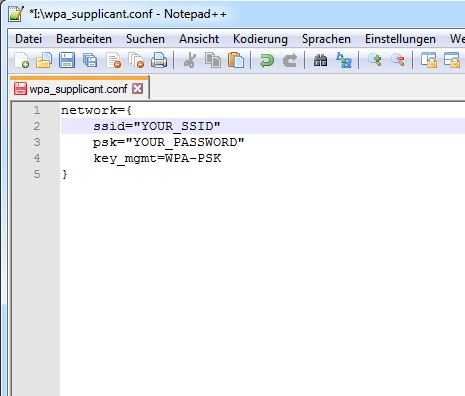 You should never need it for daily usage, but for completion: To enable SSH access, plugin your sd card with HyperBian already installed into your computer, and open the "boot" partition with a file explorer. Create a empty file named ssh in the root directory (without file extension). SSH will be enabled now on next boot.
SSH LOGIN